The work is centered on the representation of the Temple of Hera, and of the so-called Palatine tables. In addition to emphasizing the temple, the work deals with the mythology linked to the figure of the goddess to whom the temple is dedicated. Hera, represented sitting on the left, looks at the Observer and holds in his hand, with the gracefulness of a deity and ruler of Olympus, a peacock feather, a sacred animal. According to the myth, the goddess sent peacock feathers to men to make them her warriors and thus to fulfill her destructive and vindictive will, so much as to be defined as the most vindictive among the gods. Saint patron of childbirth, pomegranates, symbol of fertility and death, are represented beside her. In the upper right, a peacock in flight, meets a beam of yellow color, which in addition to attract the warmth of the lands of Magna Graecia, gives more dynamism to the composition. 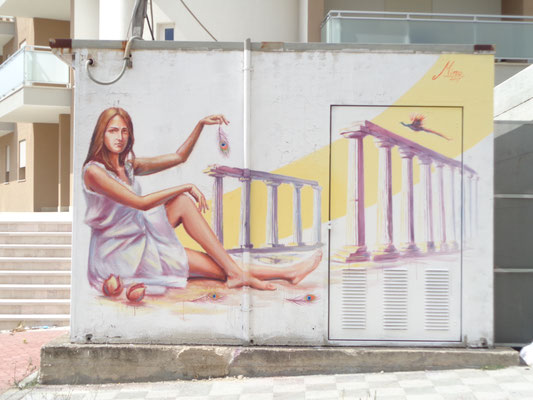 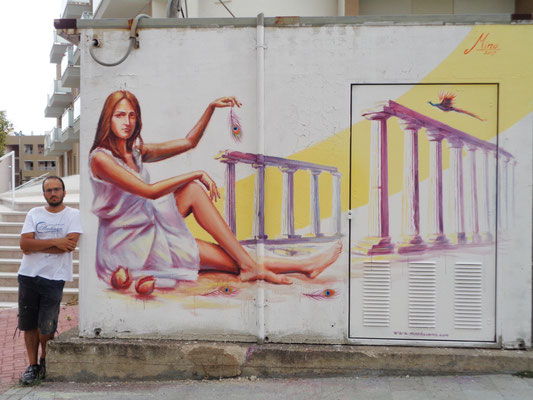 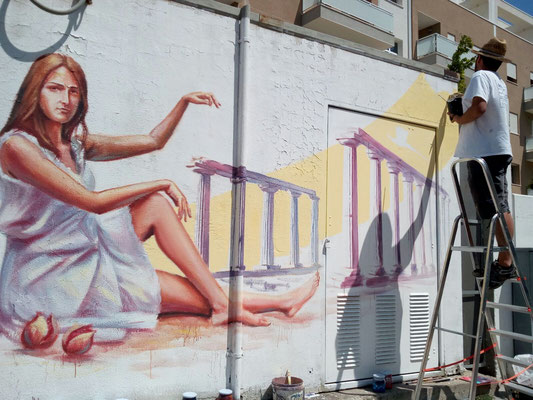 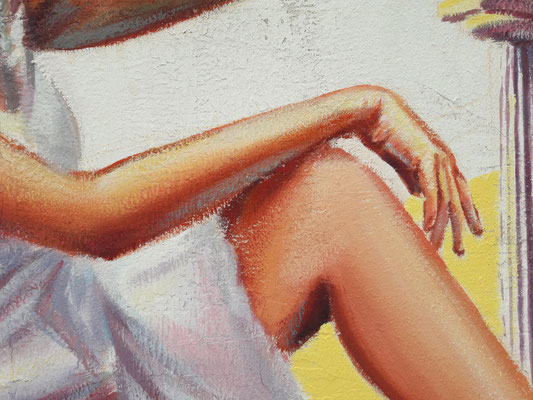 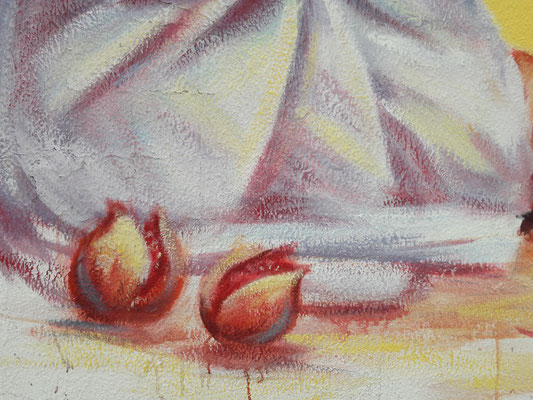 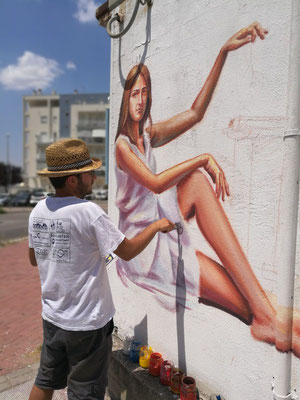 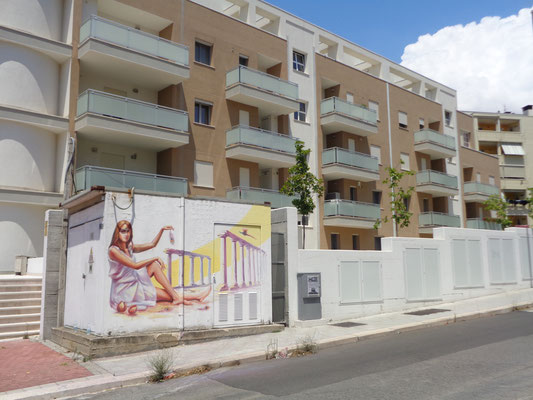